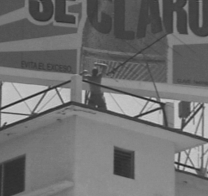 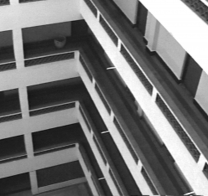 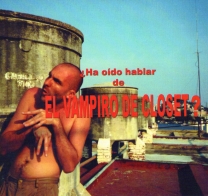 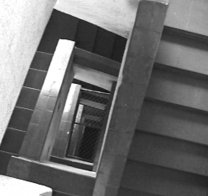 â€œThe Closet Vampireâ€ was first developed as a project involving the inhabitants, office-workers and guests of the Oviedo building. During the initial process and following several meetings and interviews between Diego GutiÃ©rrez and the buildingâ€™s tenants, the artist becomes aware of a certain mistrust on behalf of the tenants toward him. His intentions, although previously made known to the buildingâ€™s community, become the subject of rumors. GutiÃ©rrez finds himself wrapped up in a cloud of suspicion which in turn provokes his own transformation into â€œThe Closet Vampireâ€.

For months, GutiÃ©rrez rehearses the incarnation of a sort Nosferatu. The alien vampire devotes his time to wandering the hallways of the building, feeding upon his own exclusion in order to contrive his personality.

By combining the audio of the film Nosferatu from Werner Herzog and the footage recorded by security cameras in the Oviedo building, GutiÃ©rrez creates a 2-hour film that he later shows in a series of monitors installed in the lobby and corridors of the building.

During his stay, Gutierrez keeps a kind of log which, as a final act of reciprocity, is published and distributed among the community of the building. The â€œDiary of a Closet Vampireâ€ divulges the intimate details of the metamorphosis of the artist, as well as the details of the experiences, motivations, concord and discord that engendered the presence of a vampire in the Oviedo building.

If you are interested in such publication please order it here. 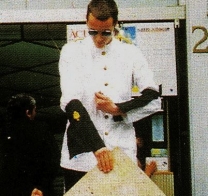 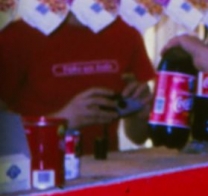 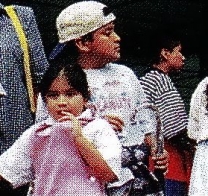 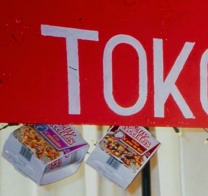