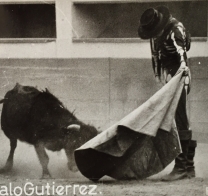 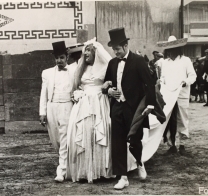 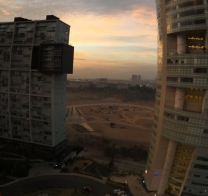 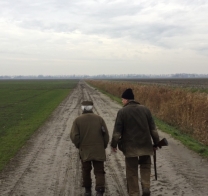 EL DESPACHO makes documentary films and organizes projects and workshops in which the camera is used in a sensitive, open and exploring way. More than only the technique, what we emphasize is the sensitivity of our perception that enables us to feel connected with the other, with life and with the world around us. In our projects and workshops we stimulate creative and social skills and want to raise awareness about the complexity every human being and the society we live in.

EL DESPACHO is mainly working in Mexico and The Netherlands but previous projects have also taken place in a.o. Argentina, Indonesia, Morocco, Peru, Switzerland and the United States.

The main activities of EL DESPACHO are:


EL DESPACHO was founded in 1998 and it is runned by

- DIEGO GUTIÃ‰RREZ (1966) is a Mexican-Dutch visual artist, film director, cameraman and editor. He lives in Amsterdam, The Netherlands
He studied visual Arts at the UNAM in Mexico City and later on at the Rijksakademie van Beeldende Kunsten and at the Binger Filmlab in Amsterdam, The Netherlands.
In 1998 he founded "el despacho". Apart from his own films and art projects, Gutierrez has co-directed, produced and coordinated numerous art and film projects together with other filmmakers and visual artists such as Kees Hin, Danniel Danniel, Yael Bartana, SebastiÃ¡n DÃ­az Morales and Hafiz Rancajale.
His work has been broadly shown around the world in countries like the USA, The Netherlands, Ireland, Indonesia, Japan, Mexico, Argentina, Canada, Spain and France among others.
He has been awarded with several prices, grants and supports among them: FIPRESCI PRIZE for best documentary (Thessaloniki 2013), GOLDEN CALF for best feature documentary (NFF 2013), JEAN VIGO PRIZE for best direction (Festival Punto de Vista 2015), FOPROCINE-IMCINE, Sistema Nacional de Creadores (FONCA), UNESCO Bursaries for Artists, Estudios en el Extranjero-INBA, Prince Claus Fund, Artscollaboratory-Mondriaan Stichting, Jovenes Creadores (FONCA).
He has worked as a teacher and mentor at several art institutes among them: Rijksakademie van Beeldende Kunsten (Amsterdam), California Institute of Arts, CalArts (Photo and Media department, master and bachelorâ€™s programs), Centro de la Imagen (Mexico City), Ecole Cantonale d'art du Valais (Sierre, Switzerland).

- LINDA BANNINK (1975) is a Dutch visual artist, filmmaker and film- and photography teacher. She lives in Amsterdam, The Netherlands.
She studied at the audiovisual art department at the Gerrit Rietveld Academy and at the Rijksakadmie van Beeldende Kunsten. Later on she did the â€˜BIKâ€™- training (cultural education in primary schools) at the Amsterdam University of the Arts.
In 2002 she joined â€œel despachoâ€ and has, apart from her own films and art projects, directed and produced several films and projects with â€œel despachoâ€ and Diego GutiÃ©rrez.
Her work has been shown in countries like Mexico, The Netherlands, Belgium, Germany and Indonesia.
She has received several prices, grants and supports, like: Gerrit Rietveld Academy Award for autonomous art ( 2000), Rijksakademie van beeldende kunsten/Dutch Ministry of Education, Culture and Science, NL Artscollaboratory-Mondriaan Stichting, Amsterdams Fonds voor de Kunsten.
She gives photography- and filmworkshops and works as a freelance teacher in cultural education in primary schools in the Netherlands and has been working as an advisor at the Gerrit Rietveld Academy and the European Exchange Academy.

EL DESPACHO has received the support of: